This election, candidates should to listen to 4 million Australians 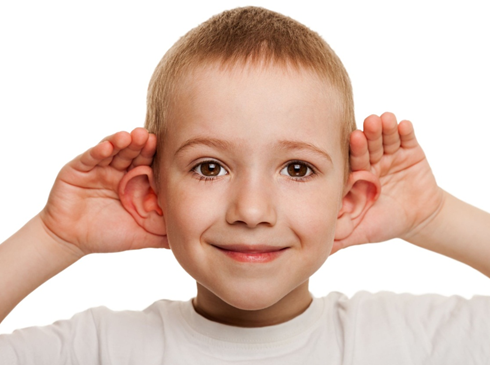 This election, we want our political representatives to listen to 4 million Australians and make hearing health & wellbeing a national priority.

Imagine being a six year old who’s trying to learn to read when you can’t hear the teacher. Imagine trying to make new friends in the playground when you’re struggling to keep up with what the kids around you are saying.

Imagine that child as a young adult trying to find the $6000 they need for the hearing aids that will allow them to land a job.

Fast-forward 40 years, and imagine being the older relative relegated to the corner every Easter because your family assumes your mind is going when really you just can’t hear them.

One in six Australians has a hearing issue of some kind – that’s almost four million people that have hearing loss, an ear and balance disorder or are deaf.

With an ageing population and a generation of teenagers doing irreparable harm to their ears through headphones, that figure is expected to jump, alarmingly, to one in four by 2050.

Hearing is fundamental to the way we communicate. Without communication, we can’t learn, and we can’t interact with the world around us. We can’t do our jobs.

The consequences for too many Australians are profound.

Hearing loss has been linked to risks of depression, dementia, high blood pressure, heart disease and other serious health problems.

Hearing loss is also expensive – costing the nation $11 billion a year in lost productivity, plus costs to our health system and the cost of informal careers.

This election we ask all major parties to commit to better support and services for hearing health.

We’re calling for hearing checks for all children before they start primary and high school. Australia has the world’s best newborn screening but children can develop hearing issues for any number of reasons and we need to make sure they’re not falling through the gaps in the crucial learning years.

We call for universal hearing checks to sit alongside other health screening programs for everyone over 50.

We ask for hearing devices such as hearing aids to be tax deductible. It’s crazy that people are having to pay as much as $6000 or more for devices they need just to be able to work, to support their families, and contribute to Australia – because a twenty year old tax rule prohibits hearing devices being claimed as a workplace expense.

We’re asking all parties to support a national hearing campaign to break down the stigmas around hearing and to raise awareness about the need to make our schools, our workplaces and our communities more inclusive and accessible for everyone with a hearing issue.

They’re not tough asks. They’re achievable reforms that will make a huge difference to the lives of nearly 4 million Australians young and old.

It’s also an investment that will keep more Australians in work, make sure our kids reach their potential and ease the pressure on our already stretched health budgets.

Talk to your representatives in the Australian Parliament. Let them know that we expect action from a new Government.