Ireland: schools may be banned from asking about special needs during enrolment 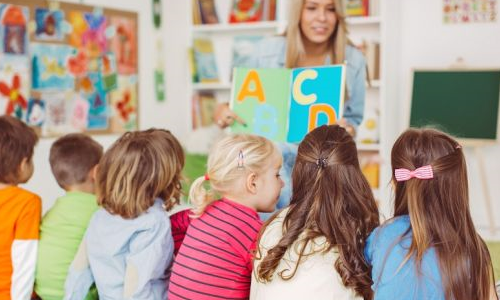 Schools should be prohibited from asking parents whether their child has special needs prior to enrolment, according to official advice to be given to the Minister for Education (in Ireland).

The National Council for Special Education (NCSE) says such a step is needed to help remove “soft barriers” which parents of special-needs pupils face when trying to find school places for their children.

The move would represent a major change in enrolment policy for most schools who routinely ask parents for details of any special or additional needs.

Schools argue that this information is crucial in determining whether they have the expertise or capacity to cater to the needs of children.

In addition, the council has warned that Ireland may be in breach of a UN convention by “segregating” up to 16,000 special pupils into special schools and special classes.

The council says the State should consider moving to a “total inclusion” model, where all children are placed in mainstream schools, regardless of their level of disability.

It says all children should be educated together, with the right supports in place, unless there is strong evidence to support a different approach.

It is to engage in further discussion and consultation before finalising policy advice for the Minister in June 2020.

The proposals will spark controversy within education circles over whether the mainstream school system will be able to cope with such changes. Many campaigners and teachers worry that children with complex needs could end up worse off, while it could have a negative impact on the education of mainstream children.

Minister for Education Joe McHugh is to be warned that Ireland may be in breach of a UN convention by “segregating” up to 16,000 special pupils into special schools and special classes.

Some have speculated that any such changes would be a way of containing the rising cost of the special-needs sector, which now accounts for almost a fifth of the entire education budget.

However, these claims have been rejected by the NCSE, which says the best interests of children are “fundamental and first”.

It has acknowledged that such a move would require very significant changes and may cause worry among parents and teachers.

“We are aware that if this policy advice recommends a move towards greater inclusion, this could potentially bring about significant changes in the education of students with the most complex needs,” the progress report states.

“Such a recommendation also has the potential to engender considerable anxiety among parents who may fear that the mainstream system will be unable to cope or meet the needs of all students. The phasing of implementation will be key from a societal, cultural and economic perspective.”

It says parents, teachers and principals will need to have a clear understanding of any changes being proposed and to be consulted about those changes. Teaching training will need to be a key consideration, as will the supports required by schools to include students in mainstream classes.

The NCSE says such an approach has been taken in New Brunswick in Canada, while Portugal is also phasing in this approach. However, it notes that most Europe jurisdictions which responded to a survey are maintaining specialist schools and classes and, in the case of the UK, expanding it.

The NCSE’s progress report includes a review of whether outcomes for special-needs pupils are better in special classes and special schools or in mainstream settings.

The report find that a lack of good-quality research means it is not possible to draw definitive conclusions over whether one type of placement is better than another.

The NCSE’s progress report also notes there are mixed views on whether full inclusion of special needs student in mainstream is desirable.

Some said it was extremely difficult to imagine how such reforms could be in the best interests of children with complex needs who require specialist input and therapy.

However, others were concerned that educating children in separate settings can have life-long consequences for children and that such children should not have to travel long distances to special schools and classes.